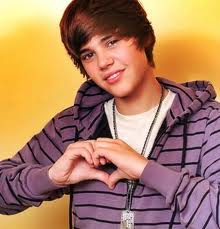 The sleepover was planned by my daughter Veronica and her friend Tess without much parental consultation. I had flippantly agreed to it last week, now it was an inservice Friday, and I was committed, like it or not. At ten A.M. Veronica was standing in front of me windmilling her arms and telling me she told Tess to be ready at 8:30.

“Yes!” she yells, impatient. I sigh in my well-practiced, beleaguered-mother way and call Tess’s mom. I talk to what might be up to three different children before I hear an adult voice. I have to yell into the phone because she can hardly hear me for the screaming of kids in the back ground,

“THE GIRLS HAVE PLANNED A SLEEPOVER I GUESS?!”

“QUIET DOWN!! What, sleepover? Yes, I don’t care.” I don’t care? OK, looks like it’s on. After lunch. I follow up with a call to a friend of Ivan’s, whose father is happy to bring him over, as he’s working from home for the day. I should be doing the same. Instead, I spearhead a shock-and-awe cleaning attack on the kids rooms. By the time the guests arrive I’m only capable of dazed web surfing interrupted by the fetching of water and snacks, and hourly refusals to turn on the TV. Mid-afternoon, our neighbor girl Fallyn shows up, and the count is up to five. I divide and conquer, keeping the boys and girls separated. As I sit at the computer, for a full half-hour Ivan and his friend battle invisible fire-monsters as ninjas, an on-going narrative that consists mostly of mouth noises. “CHHH!” is an exploding fireball,  “DSHHHH” is the sound of any ninja movement and “KAPUGH” is, I think, a complex mix of the two.

“Me too, except mine is also thunder strength! BAHHH-PAH! More fire-monsters! If they get on the couch, we’ll lose our powers, but if we can keep them off the carpet, they’ll turn to ice. CHHHH!”

And on it goes. Meanwhile, the three girls are upstairs. They saunter to the stairs and stand lined up like Von Trapp children. In perfect unison they drone, “We’re bored.”

“We already did that.”

“Why don’t you play office?”

“OFFICE!” They spring up the stairs deciding who will be boss. I played office when I was a kid, using the triplicate shipping forms my mom brought home from the warehouse at work. I don’t know what these kids think happens in an office, but it involves the wielding of clipboards, signing of papers and much knocking on doors. In the meantime, Ivan and his bud settle in to some Power Rangers and yogurt until the boy’s dad comes to fetch him. The girls come down, exhausted from a long day at the office.

“Mom, we want to dance, can you put on some music?” I start flipping through my records. I pull Cyndi Lauper from the sleeve. Tess is at my shoulder and she runs a finger along the edge of the vinyl,

“What is that?” Wow. Welcome to Veronica’s Mom’s House of Obsolete Items and Curiosities.

“This is a record, it’s how we used to listen to music.” I put on Girls Just Wanna Have Fun. Veronica flings herself into a dance. Tess bobs uncertainly. “What is this music?”

“This was my favorite song when I was about your age.” Ivan and Fallyn join in. Soon they are doing ring-around-the-rosie with Ivan in the center. He is smiling hugely and playing air guitar. I think it might be a Peak Experience for him. We follow it up with the Go-Gos while I make pizzas. Fallyn decides to spend the night. I’m chopping vegetables to put on my pizza, and out pull out some mushrooms.

“What are those?” asks Tess. Really? “Mushrooms” I say.

“Yeah but what ARE they?”

“Um, they’re food. They grow in the ground, they’re fungus.”

“Ringworm is fungus!” Veronica says. I don’t want to touch that. Literally.

“These are for me.” I assure a worried Tess, “You don’t have to eat them.”

While the pizza cooks I set up the kids to watch the Justin Bieber movie Never Say Never. I am excited because I know nothing of Justin Beiber except that he is some kind of phenomenon. Fallyn loves him. She LOVES him. Veronica likes him, but not that way. While I scroll through Netflix titles they discuss the boys in their class they would like if they had to. One of them, Kyle, has Bieber hair. He is unanimously their favorite. Ivan pipes up, “If Kyle were a girl I would marry him.” Aw. I ruffle his hair.

The movie follows the Bieb’s career from his start banging on buckets at age two to his sold-out Madison Square Garden show and ruling of the world. I think I might be getting Beiber fever because I grow increasingly annoyed with their chatter because I CAN’T HEAR WHAT THEY’RE SAYING ABOUT THE BIEB. The kids all have the habit of immediately repeating any line that’s remotely clever or funny or… anything. “He’s like, ‘I don’t think so.'” “He’s like, ‘where are my shoes?'” Tess turns to me constantly asking questions about Justin Bieber to which I have no answers. There is a heated absurdist argument about whether the girl on stage is Miley Cyrus or Hannah Montana which boils down, I guess, to whether or not she’s wearing a wig. By the time he sings the title song at MSG they are whipped into a frenzy, dancing and singing along, and I predictably am wiping tears away for the boy-wonder. Time for bed.

I sequester the girls to Veronica’s room and lie down with Ivan. I read him a stupefying book about dinosaurs, fighting sleep at every page. Eventually, I drift off with him, and wake up sweating a half hour later. The girls are all in Veronica’s bed giggling. It’s tennish.

“Time for bed.” I say. Teeth are brushed while I smooth out sleeping bags on the floor. Fallyn puts her hands on her hips. “I don’t want to sleep here.”

“Here on the floor, or here at our house?”

“Here. I want to go home.” I sigh. “Let’s get your stuff.” We gather up all six blankets and two stuffed animals and drag them downstairs, and then down the hall to her apartment. As her mother opens the door, she says, “I thought this might happen.” “Sorry!” I say as she closes the door behind her. I shuffle back to our place. I hear Veronica and Tess talking, not in hushed tones, as soon as I enter. I assume my a stern posture and dictate instructions,

“Get in bed, whisper if you must talk, and then close your eyes and go to sleep.” I repeat variations on this theme for the next hour. Finally, at 11:30, I’ve had it. Stern turns to impatient. Tess starts fake sniffling and telling me she can’t get to sleep. I tell her what I tell my children,

“You can’t sleep because you are standing on two feet, walking around and talking. No one can fall asleep like that. Lay down and I’ll rub your back.” She does, and I do, and the fake sniffling increases in frequency. After ten minutes she says, “i never sleep over at friend’s houses. My mom always has to come and get me. One time it was one 0-clock.” Helpful information. “Let’s get your stuff.” Her mom is laughing as she picks up the phone, and says she’ll be right there. I tell Tess about the time I went to a sleepover in the country, and the silence and strangeness of it scared me so badly I pretended to have an allergy attack in the middle of the night, and my mom had to drive fifteen miles to come and get me.

“What’s this?” She says, pointing to a marionette. “It’s a marionette.” I say. “Yeah, but what IS it?’ It’s a puppet, for playing with.” I look around our apartment: antique radios, butterflies under glass, carpeted mushroom foot stool and wool shag rug. (“Is that an animal?”) I wonder what her house is like, but I don’t have to wonder long to know it isn’t like this.

“I’m sorry you have to go Tess, but I hope you come back. Maybe just for a day-over.”

She shrugs and says okay. Then she points to the retro lamp hanging over our kitchen table, “What is that?” Sigh.

Finally, I crawl into bed a bit after midnight. I realize I haven’t slept there in days, as I’ve been vagabonding in St Cloud for the past two nights. I hadn’t missed it until I slipped in under the covers. Everyone in their own beds at last. Lights out, goodnight.