The howling starts just an hour after I’ve put the kids to bed. I race upstairs to see what is 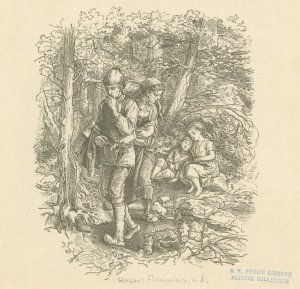 happening, stop to peek in Veronica’s room, but quickly realize it’s Ivan. He’s awake but sleepy, tossing in his bed, tangled in his quilt. Between gulping sobs he cries, “My ear. Hurts.”

I comfort him for a minute and check his forehead – cool, good – and leave to run the water for a hot washcloth. I ask him to press it to his ear and go to get some ibuprofin. After a half hour, he is still weeping, so I give him a second pill. I offer to tell him a story to help him fall asleep.

“Jack and the Beanstalk.” he says, “No, Pinocchio.”

I try to cobble together the details I know: Gepeto, wishing star, candy store, Lampwick – and add details and flourishes to compensate for what I’ve forgotten. The whimpering subsides. Once Pinocchio has become a real boy, I turn out the lights and soothe Ivan to sleep, and finally drift off next to him.

Two hours later at 12:30 he wakes me with restless kicking and arm waving, which turns to crying. Once he can stop crying long enough to speak, he says through trembling lips,

Six words that sink my heart like a stone. As I’m helplessly wiping my son’s tears, I’m also batting away doubts and regrets that swoop into my head like so many birds.

Truth be told, I wouldn’t mind taking him to my ex-husband’s house, if it would help. But it won’t help, and it would breach our tacit parenting agreement regarding such things. Almost exactly a year ago, Ivan had the croup, and I called Dave in the middle of night. I was still newly single, and scared shitless by Ivan’s small chest heaving as he gasped for air. The net result was a small bout of hysteria (mine), a passive aggressive stand-off (ours) and an ER bill I’m still paying off (mine again). This time I’ll handle it on my own thanks.

Ivan continues to plead to go to this dad’s, and then to the doctor.

“I know your dad would do the same things I am doing now. There is nothing else he, or a doctor even, can do. It stinks, but it’s true.”

I know that kids show parental preferences, and when they were toddlers and Dave and I were married, we actually joked about it. “Looks like your the favorite!” we’d remark with a grin as we passed off a screaming child, “she wants you!” and then go back to bed. It was cyclical, and I never took their preference for their father that seriously. Because at the time I was the go-to parent, when the dog bit and the bee stung. Times have changed.

I crush a tab of Sudafed and put it in a spoon full of sugar in desperation. “I just want to be in my high bed, that’s why I want to go to dad’s.” he says, still trying. I tell him it wouldn’t help his ear, while I stack pillows behind him in bed so he’s sitting up, to help the fluid drain. I’m calm, and kind, but my heart is heavy. I know it’s not the bed he wants, but  his father’s deep voice, slow cadence. Probably his smell, and the scratch of his cheek. But, I’m the mother. Aren’t I supposed to be the one who he calls out for at night? Shouldn’t I be able to deliver my own baby from pain?

And that, more than a fear of being the lesser parent, is what kills me. I can’t cure it. When my son asks for his father in the middle of the night, I cannot grant his request. And that this circumstance, this life of cold comfort and co-parenting, was my choice. Like everything that results from the divorce, it’s my fault. And while I can acknowledge in the light of day that the failure of our marriage was a group effort, at two in the morning it very clearly registers as mine alone.

After a long hour of efforts to distract and comfort, the decongestant takes effect, and Ivan begins to calm down. I bring him back into my bed, and offer a second story.

“Jack and the Beanstalk?” I ask.

“How about Hansel and Gretel? Too scary?”

“No. I like it.” This one I know well. The stepmother shakes them awake while it is still dark. They wake shivering on the forest floor. The pebbles shine like stars in the night sky as they guide the children home. Breadcrumbs, birds. The walls are made of gingerbread and the windows of colored candy glass. Gretel gives Hansel a chicken bone. When the children return, their pockets are stuffed with emeralds and the woodcutter embraces them.

I hold Ivan’s tiny hand until his breathing slows and he is out. Another ear ache, another long night, endured. I lie awake and wish for sleep. I wish for happy endings and stars that lead the way to them. I wish for my children to have a life I cannot give them. I wish for medicine to chase away the ache that rises up from my chest when I feel the full weight of the choices I’ve made. And I fall asleep, telling myself stories.